My Most Awkward Date Became My Husband

Whether you have tried online dating or met your spouse over 30 years ago when you both were in high school, our dating story will hopefully bring a smile and laugh.

In 2007-2014, I lived overseas in Thailand.  The specific area I lived in, especially in the beginning was void of datable men. And by void there was NOT. a. single. male that shared my love for Jesus, was in his 20’s, and spoke English in a town of 300,000. So when a girl fears there are no “fish in the sea”, Girl I feel you, I’ve been there…I lived at the Dead Sea. There was the occasional short-term team that would come through with a cute guy here or there, but after 8 weeks they were headed home.

Family and friends feared I would be SINGLE FOREVER and at times me too. About halfway through my time there, one precious but systematic mentor in my life suggested I move home and to a city where my odds of finding someone with at minimum these three characteristics would be a much higher probability than my 1% reality. But for me marriage wasn’t the end all and I felt called to my job and the opportunity to see lives changed in the city I was living, so I stayed longer.

Sometimes life got a little boring or lonely, and sometimes I just wanted to talk with a guy. True confession…at one point I, along with another similarly-minded American girl, signed up for a free weekend of eHarmony and was matched with a Christian, US Olympic speed skater who was training in Korea. An Olympian athlete is all sorts of sexy…picturing a man in spandex pants wasn’t really on my “Non-negotiables List.”  And there lied my problem…not the spandex…It was impossible to sign-up for online dating, as an American living overseas. I either had to lie I lived in the United States to filter American men or I had to open the filter to the world…which wasn’t really the type of long distance dating I was going for.

Skip forward to December 30th, 2011, my husband Tom was standing on a stage at a national conference getting ready to travel with his team to live overseas for two years when I happened to be watching from the audience with my mom.  We would not meet then, but a few months later I would pick up my visa in the country he was living and our teams would meet, though he doesn’t remember meeting me then, I have proof.

However through a stream of events and mutual friendships we would end up crossing paths two more times when he was visiting my city.  I thought “this guy is young but intriguing” and he thought, “Why isn’t she married yet?!”

Later Tom’s 2 year overseas commitment ended and he returned back to the United States.  I had also come to a decision point that by August 2014 I was suppose to leave Thailand and return to the US as well. As I began looking for future job opportunities, I learned about a team that was starting to work with international students in North Carolina which he happen to be joining. I’m not sure if it was my hope of reuniting with him or the job more, but I messaged him on Facebook and let him know I was interested to learn more.

Long story short he ended up asking to Skype and after that, we started a chain of letter emails back and forth.  He still claims I winked at him first, but I’m pretty sure the paper trail shows otherwise. At one point the email was lengthy and rather personal, and me being 29 years old and a little rusty, I had to ask a teammate if she felt like Tom was “interested.” She said pretty bluntly “YES!”, so I wrote back a more personal email and it continued from there back-and-forth and eventually evolved into weekly Skype conversations. We were getting to know each others’ interests, backgrounds, childhood stories, and personal goals. We laughed and enjoyed one another, that it only made sense that we would go on an actual in-person date when I returned.

At the end of April, I moved back to the United States after 7 years living abroad and was given some time to recalibrate to life at “home”. I was allowed to essentially live anywhere, so I moved to North Carolina and in with a college friend who lived 40 minutes from Tom. The next day we would go on our LOONNG awaited FIRST DATE!

BUT he didn’t show up…he didn’t show up or call…I waited…surely something is wrong…I recalled a pastors story where he “tested” his now wife’s character in her response to him being late)…maybe this was a test…I waited…I thought, “I moved to this state, this city for THIS date”…I waited…I eventually resolved to call his phone, no answer.

Two hours, TWO HOURS later I got a phone call.  In a series of events from his phone having died, to getting out of work late, to a hair appointment rescheduled…He couldn’t call.  He asked to reschedule for Saturday, since his perfect date plan was that we would go canoeing at a lake, but the sun was already starting to set.

RESCHEDULE?! Seriously! You ladies know I took extra time getting ready and picked out the perfect outfit and then had been waiting around for 2 hours, not to mention the 4 months of emails and Skype calls, so no I was not about to reschedule, plus I already made sure I had Saturday night plans.

We ended up agreeing that we would reschedule the canoeing and get dinner at Mellow Mushroom that night. When we arrived at the restaurant, we parked, and then off Tom went.  He was probably 10 feet-or-so in front of me…was it a race? was he haangry? is this really happening? Maybe he is trying to be a southern gentleman and open the door…NOPE. Door opens and almost shuts before I grab it and I walk in after him.

We sit down for dinner on the outdoor patio on an incline…like who seats people on an incline? I was already feeling the jitters of a first date and now I have to worry about falling out of my chair thats wobbling back in forth.

It’s pizza.  Should be easy to order, right?  I start looking through the menu, hoping he asks what type of pizza I like. Whew! He asks, as I eye the BBQ chicken pizza. As I make the suggestion he makes the comment, “I like pepperoni and BBQ chicken is a specialty pizza so if we did half and half then we would have to pay $2 more”.  Really is this guy that cheap? I waited for TWO HOURS, shouldn’t he be just ordering what I want and grateful I even gave him a chance?

Conversation went well over a half BBQ and half pepperoni pizza and he suggested we continue at a local brewery with a city view. We dropped by the house I was staying at to grab a jacket since temperatures were dropping. And I was asked a question I never imagined for a first date with my spouse…”Do you have a jacket I could borrow?” Not sure if I missed that in chick flick growing up, but I recall the man giving the girl the jacket as a smooth move.

“Ummm, I think I have my College of Charleston sweatshirt,” trying hard to think of something that wouldn’t be skin tight and gender neutral.

At the brewery, he practically proposed and I sat there without a response, thinking I’m not exactly sure how I am going to break it to him that I may not even be interested in a 2nd date.

I wanted to share our story with you because more than 1/3 of marriages today originate from online dating.  Ours wasn’t exactly online exclusive, there was a good bit of influence from having mutual friends and being involved in a similar ministry; however, our correspondences via email and Skype helped us to really get to know each other. I knew he was a hard worker, a man who sought to serve others, a man whose faith in the Lord was not wavering, a man who cared about me and wanted to make my evening special. So when our first date was less than ideal and reflected How to Lose a Guy in Ten Days more than When Harry Met Sally, I was able to see beyond the first date jitters.

To be fair, our first, was Tom’s actual first date since a high school girlfriend, nearly 8 years before, because he chose to spend that time focused on growing his relationship with Christ and working on his education and ministry. He also doesn’t remember walking in front of me or making a comment about the cost of the specialty pizza. He agrees that was rude and apologized for it. He does still love pepperoni pizza, but he always puts my interest first in almost every other decision in our marriage.

On the other hand, my senses from just arriving back into the United States were on overdrive and I was overly aware of every move he was or wasn’t making. My expectations of a romantic first date were probably higher than human.

If you have gotten to know someone well enough to know their character and the in-person date doesn’t go as planned, give them a chance.  Quick judgements on the type of date he planned, his outfit, an awkward comment he made, maybe need to be held lightly for you to find your prince charming.

*This post was read and “confirmed” by my husband* 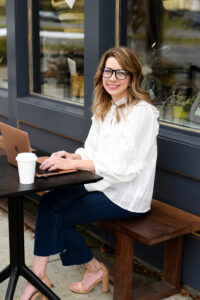 Our first try failed, but our 2nd is a success!

🏡 After almost 30 moves combined (as singles an

Having a beautiful kitchen sure does give me motiv

Happy National Dog Day Yuki! 🐕 She has lived in

My pandemic resolution (is that even a thing?!) is

Explored @sciencemuseumwv this week and the kiddos

Setting up the lawn chairs for live Bluegrass is o

Kids’ bedroom simplicity is our practice! We don

Highlighting a Canadian and US organization for al

Entryway completed! ✨ After a year of shoes, jac

Unexpected renovations can be overwhelming and cha

@tracing_papers is making a cross-country move to 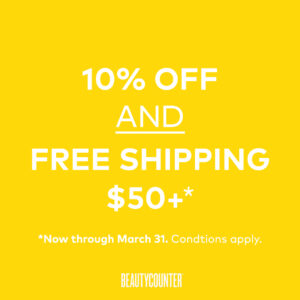